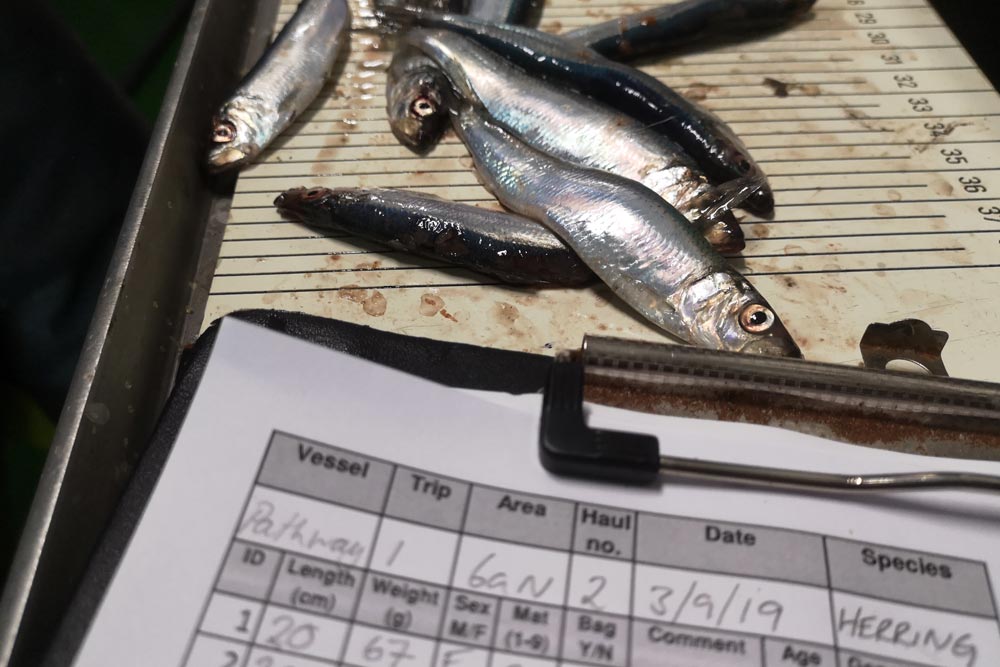 One of the biggest breakthroughs for fisheries in recent times is the increasing collaboration between fishermen and scientists in collating data on fish stocks, which can be used to assess fish stock abundance and population trends.

Achieving accurate and credible information on the status of different fish stocks has been a perennial problem for fishery managers, but now Scotland is leading the way with science/industry initiatives that enhance both the quantity and quality of data for assessing fish populations. Such information can be used to make informed management decisions, thus ensuring the sustainability of fisheries.

Only recently, I was privileged to co-chair a workshop on Science-Industry Initiatives in Copenhagen hosted by the International Council for the Exploration of the Sea (ICES). The workshop examined the role the fishing industry can play in delivering scientific information relevant to ICES work on assessing the state of fish stocks and the marine environment. Participants provided many examples of how the fishing industry can supply new sources of information that would not otherwise be possible - for example, high volumes of finely resolved spatial data covering the entire year.

This is where the industry can play such a vital role; limited resources mean dedicated marine research vessels and scientists can only do so much sampling and analyses, whereas fishing vessels are in effect ‘sampling’ all the time. If we can develop ways of collecting relevant scientific information during fishing operations, and deliver it in a format that can be fed into the scientific assessment process, then we take a significant step forward in providing a good evidence base for  effective and sustainable fishery management.

Over two years ago, I was appointed by the Scottish Pelagic Fishermen’s Association as its chief scientific officer to co-ordinate such research work in mackerel and herring fisheries by using fishing vessels as research platforms. In essence, my role is to act as a bridge by bringing science to industry and industry to science.

Over that period, our mackerel and herring fishermen have been engaged in a number of scientific initiatives, including work on a pioneering ‘self-sampling’ scheme in the hope that such data may eventually be used in the scientific assessment of stocks, including calculating biomass and identifying changes over time.

Similarly, the Scottish whitefish and shellfish sectors (for example, cod, haddock and langoustines) employ professional scientists within many of the fishing associations that come under the umbrella of the Scottish Fishermen’s Federation (SFF). As such, the SFF has created the Scottish Industry Science Network (SISN) to facilitate industry scientists from both whitefish/shellfish and pelagic sectors to provide a clear focus on scientific issues of common interest, identifying priorities and ensuring cohesion in their operation. This includes co-ordinated representation at meetings where the industry is engaging with the marine scientific community, government and other relevant organisations. SISN also includes the Scottish Fishermen’s Organisation, a fishermen’s body that manages quota on behalf of its members.

Only recently, SISN met with Marine Scotland (the directorate within the Scottish Government, responsible for protection of Scotland’s coastal waters and seas) to discuss how best to work together to address issues with whitefish stocks, most notably North Sea cod. In short, the industry is adding value to the current available science and is encouraged by the willingness of Marine Scotland to work collaboratively to address our shared problems.  SISN is also engaging with universities and with Fisheries Innovation Scotland (a unique public-private collaboration between seafood experts, government and scientists to champion innovation in the Scottish fishing industry).

Similar initiatives are being carried across into the international arena, and at the recent ICES workshop on science-industry initiatives 50 participants from 14 countries developed a roadmap for taking measurable steps toward the inclusion and application of scientific data from industry in ICES.

By committing to taking a collaborative approach, together we can work to provide the data and knowledge necessary for good science and management; the foundations for safeguarding sustainability of the Scottish fishing industry and the fish stocks on which it depends.

This website uses cookies to improve your experience while you navigate through the website. Out of these, the cookies that are categorized as necessary are stored on your browser as they are essential for the working of basic functionalities of the website. We also use third-party cookies that help us analyze and understand how you use this website. These cookies will be stored in your browser only with your consent. You also have the option to opt-out of these cookies. But opting out of some of these cookies may affect your browsing experience.
Necessary Always Enabled
Necessary cookies are absolutely essential for the website to function properly. This category only includes cookies that ensures basic functionalities and security features of the website. These cookies do not store any personal information.
Non-necessary
Any cookies that may not be particularly necessary for the website to function and is used specifically to collect user personal data via analytics, ads, other embedded contents are termed as non-necessary cookies. It is mandatory to procure user consent prior to running these cookies on your website.
SAVE & ACCEPT